The beauty of automotive vehicles lies in their extended use. No matter how old your car is, if you have kept it maintained and well taken care of throughout its years, then it would have the ability to look as good as new even after decades of use. 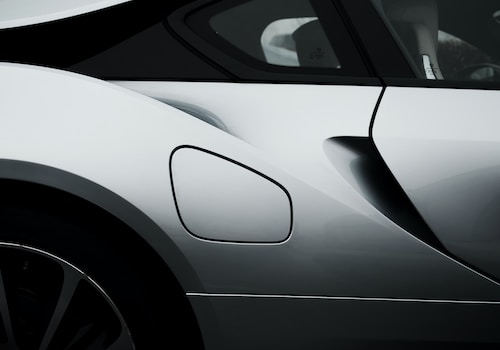 However, the action of ensuring that your car actually remains in factory condition does not come easy. You need to ensure that you are taking care of your car’s regular maintenance, and that any fixes such as dent repair requirements are fulfilled right away.

With that, you also need to make sure that out of an abundance of procedures to solve one problem of your car, you select the one that is most optimal and which ensures to keep the factory-maintained status of your car intact.

For instance, when it comes to taking care of your car in terms of hail damage repair after a particularly bad hailstorm, you need to make sure that the dent repair services you are looking into would restore your car to its exact state before the storm without making it look like it has gone through a number of paint jobs in different places.

Paintless dent repair, also known as PDR, makes this possible and ensures that your car gets rid of any dents without looking as though it went through a blast of paint.

What is Paintless Dent Repair and How Does It Work?

As the name suggests, paintless dent repair refers to the procedure where small and medium-sized dents are removed without the usage of additional paint coming into play. This ensures that your car’s outer look remains intact with its factory finish, with no new coat of paint disrupting the shade or sheen of the original coating from the manufacturer.

This process is possible through special PDR equipment such as PDR lights, rods and other tools that let skilled autoworkers “massage” the dents out of your car, making it return to its factory state. The way that these dents are removed ensures that the paintjob of your original finishing does not get affected, chipped or removed in any manner, which in turn means that the whole process gets completed without the usage of any additional paint.

The way that these dents are removed is fascinating to watch, while at the same time being efficient to sustain the exterior body of your car once the dent repair process has been completed.

After the procedure to take care of the dents in your car has been completed, you can have additional protective measures applied to it to ensure that your car maintains its looks for years to come. Services such as paint protection film (PPF) or clear bra coating could help you in ensuring that your car stays safe from any future damages from small-scale contacts such as bug splatters, hail damage, or even small abrasions. This clear bra coating goes on top of your car’s body while being essentially invisible, which makes sure that your car stays safe from future small damages without having its factory finish being affected in any manner.

If you are in Colorado, then you can utilize these exceptional services through Auto Image 360. As part of its Parker PDR services, the reconditioning specialist makes sure that you are getting some of the best services that the PDR segment has to offer. Unlike other providers, Auto Image 360 vows to provide its customers with same day PDR, dent repair, as well as clear bra installation services, which means that you can have your car back within business hours after driving it to Auto Image 360.

Thus, if you are in need of dent repair or any sort of automotive reconditioning services, then don’t hesitate from giving Auto Image 360 a call today!